Sophos Group plc is a British security software and hardware company. Sophos develops products for communication endpoint, encryption, network security, email security, mobile security and unified threat management. Sophos is primarily focused on providing security software to the mid market and pragmatic enterprise from 100- to 5,000-seat organizations. Whilst not a primary focus, Sophos also protects home users, through free antivirus software (Sophos Home) intended to demonstrate product functionality. It is listed on the London Stock Exchange and is a constituent of the FTSE 250 Index. Recently, Sophos has been working to develop home antivirus with business-class technology to detect zero-day threats without the need of signatures.

According to Sophos, 66% of IT staff lack incident response skills. Since no security is perfect, companies will get breached regardless of their security defenses. Incident response has become an important part of security’s armory — and the third part of Intercept X is designed to help companies operate a meaningful response. This provides both clean-up and forensics.

“If we see a hacker or piece of malware trying to use one of the known exploit techniques, a data recorder running on the endpoint sends a ‘root-cause chain’ of data up to Sophos Central where we build a report on what happens. We provide the report in different levels of depth suitable for anything from a defense contractor to a small retail store.” At one level, the user can click on the alert notification and Intercept X will show “what happened, where and when it happened, who was logged on at the time, and how it happened. It also provides a list of next steps for the novice incident responder.”

More advanced users can delve deeper. “We provide an asset-based table-driven report for the experts,” said Schiappa. This provides specifics, like what registry changes were made, what processes were launched, and so on. “You can click on specifics to get more detail and see the course the attack.” The final level is a complete visualization of the attack that can be viewed in its entirety.

Intercept X can be installed as a self-contained stand-alone product. Where the primary Sophos central endpoint product is already installed, the agents from both products will merge to provide a single endpoint security product. Alternatively it can run alongside competitor products, without any interference, for a layered security approach.

In 2007, Sophos acquired ENDFORCE, a company based in Ohio, USA which developed and sold security policy compliance and Network Access Control (NAC) software.

In May 2010, Sophos reached a definitive agreement to sell a majority interest in the company to Apax Partners, a global private equity group.

In May 2011, Sophos announced it had entered into an agreement to acquire Astaro, a privately held provider of network security solutions, headquartered in Wilmington, Massachusetts (USA) and Karlsruhe, Germany.

In February 2014, Sophos announced that it had acquired Cyberoam Technologies, a leading global provider of network security products. 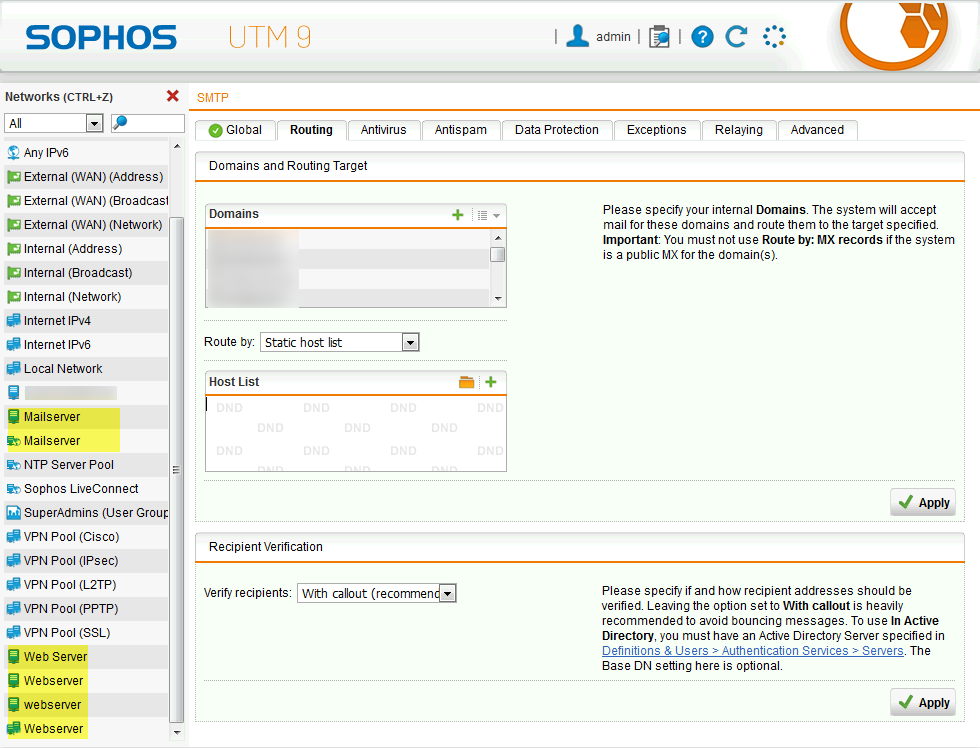 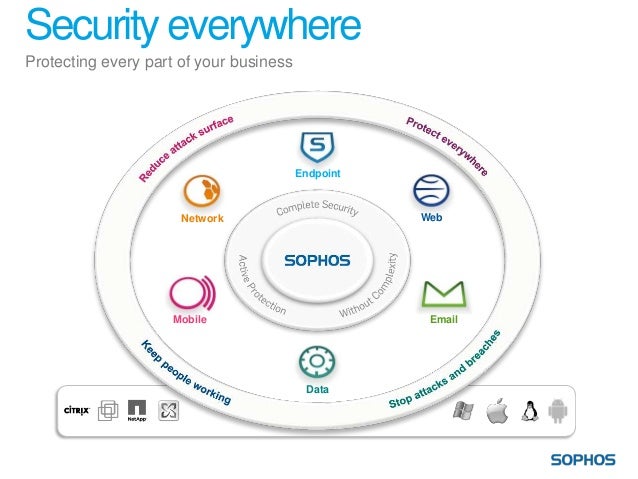 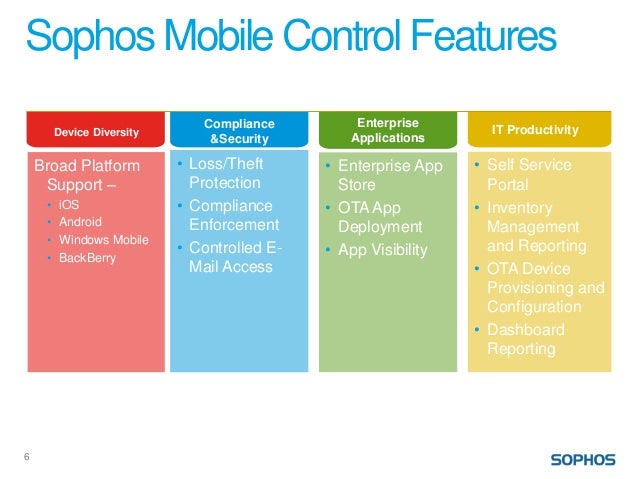 Monitoring and control of applications

Quick, easy and effective definition of policies to restrict and prioritize different online activities of all employees

Quickly and easily manage all security policies through a web browser

Over 2,000 predefined and customisable reports of the activities of the network and the users in it in real time